Posted on December 3, 2020 by garyhooser

COVID-19 will be gone in 2022, and hopefully the same will be true of the DINO’s (Democrats In Name Only).

We cannot continue electing faux Democrats to the Hawaii Legislature.

At present, a majority of those in positions of legislative leadership are basically regressive corporatists, masquerading as centrists, who were elected as Democrats because a “D” next to their name is necessary to win in Hawaii.

There is no other explanation for why a Legislature supposedly dominated by Democrats cannot or will not increase the minimum wage, ban candy-flavored tobacco products, or legalize cannabis — or even regulate the predatory practices of “pay-day lenders.”

And when the help is needed now more than ever before, why no 2020 special session to deal with the mask mandate, the unemployment debacle, and increased support for local business?

We need to elect Democrats in 2022 who actually believe in the stuff Democrats are supposed to believe in. There are solid, value-based legislators in both the House and the Senate now, but they lack the majority support necessary to move forward an agenda of substance.

Think about what is possible:

HOW TO PAY for all of this? The short answer is to increase taxes and fees on those who are not paying their fair share. As the time of COVID passes and the economy improves, the taxes and fees applied to big business, foreign corporations, and the very wealthy must with due deliberation and thoughtfulness be increased.

Hawaii has great wealth intrinsically embedded within our geographical location, our indigenous culture, and our incredible natural environment. The problem is not the lack of wealth but rather the foreign corporations that do not pay their fair share and just continuously extract and export that wealth back to wherever their shareholders happen to live.

To those concerned about raising taxes on the Hyatts, Hiltons, and Marriotts of the world – rest assured they will not flee our islands. Likewise, the Walmarts, Targets, and other big-box stores will not roll up their sidewalks and call it a day because we increase their taxes.

Think about it. When was the last time a hotel, a fast-food chain, a big box store or a billionaire with a beach home on Kauai – left Hawaii because our taxes are too high?

For too long, too many of us have chosen to simply look the other way and “make nice” as the corporatists controlling our legislature called all the shots. 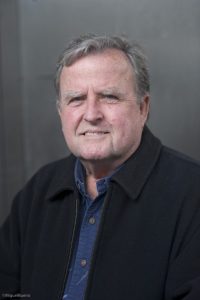