The good ole boys are back.

This was the immediate thought that came to me after the first print-out on Saturday night.

As reported recently by Brittany Lyte in Civil Beat, there are currently six women seated on the Maui County Council and five women on the Honolulu and Big Island councils.

But for Kaua`i, not one woman was included in that initial Primary Election print-out. Not one. But it did include the return of former Councilmember’s Mel Rapozo and Ross Kagawa, joining a testosterone-driven line-up of 7.

So for a moment, it seemed that both literally and figuratively – that the good ole boys were indeed back.

Fortunately, by the end of the evening the good ole boys theme was shaken slightly when Councilmember Felicia Cowden beat fellow Councilmember Bill DeCosta out of the coveted #7 position. It’s interesting that while both Carvalho and DeCosta voted to kill the dedicated funding for affordable housing proposal, only DeCosta seemed to pay a price for it.

At the top of the roster, Councilmember Luke Evslin edged out former Mayor Bernard Carvalho for the #1 slot. This achievement is no small feat and a testament to the initiative, hard work, and even-tempered demeanor Evslin brings to the Council table.

The reality of the way the numbers fell on Saturday is that the only other candidate in contention now is Fern Anuenue Holland, who sits at #9. Holland could possibly move up two slots or more in the General to win, but for her to do so means she must exchange places with another candidate who now sits in the top 7. Overall, the positions most vulnerable at the moment appear to be #8 DeCosta (7,101), #7 Cowden (7,116), #6 Bulosan (7,454), and #5 Kagawa (7,738).

The most striking historical example of a come-from-behind win occurred in 2008. At the end of the night following the 2008 Primary, Lani Kawahara sat in the #8 position with 5,793 votes, facing an uphill battle against another all male list of contenders. When the General Election concluded a few short months later, she had won a resounding victory finishing a strong #5 with a vote total of 11,809 votes, beating out among others Ron Kouchi the man who is now Senate President – who fell from being #4 with 7,155 in the Primary to an out-of-the-money #8 and 10,370 votes in the General.

So what else do the returns of August 13 tell us?

While the County races are nonpartisan, for the State and Federal races voters had to choose a political party.

The data shows that on Kauai 12,846 people chose to vote Democrat and 3,455 voted Republican. You can draw your own conclusions from this number. Given the antics of Trump and the national Republican Party, I for one gain some comfort from this.

The Aloha Aina Party had 143 voters, the Green Party 87 voters,, and the Libertarian Party 50.

There are 48,052 registered voters on Kaua`i. Of those registered, 18,499 or about 38.5%, actually voted. That means 29,553 people left their ballots unopened on the kitchen table, unopened and un-voted. It’s a shame really.

Looking deeper at the “precinct breakdowns” shows the communities with the best and worst voting records.

What does this mean about Kaua`i and elections?

What’s clear is that there are a whole lot of votes sitting on kitchen tables across the island. 29,553 ballots just waiting for the right candidate who can motivate that voter, to open the envelope, mark the box next to their name, and walk the darn thing out to the mail-box.

Gary Hooser
Originally published in The Garden Island 08/19/22
Please sign up for my Policy and Politics email updates at https://policy-and-politics.mailchimpsites.com 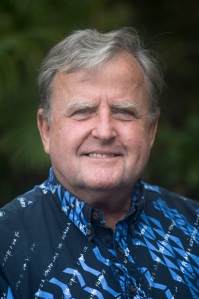