Anyone want to wager on $18 minimum wage?

Posted on February 8, 2022 by garyhooser

Below is a verbatim exchange between a reader and myself on both the minimum wage issue and the potential “inside baseball” political games.

I apologize for my skepticism sir but I don’t believe Speaker Saiki truly supports a livable wage. He’s up for re-election next year and given that he almost lost last time, he just needs good optics.

Wanna wager that he either does not “allow” a committee chair to even schedule a hearing (Bully Strategy) or perhaps, his disdain will be apparent as he assigns an impossible number of committees to effectively kill it via excessive bureaucracy?

I choose only these two (2) options because he doesn’t have Rep Sylvia Luke to act as his back-up, hachet gal since she’s facing an upcoming election too. Plus, she’s shooting for a gig with more constituents requiring pacification. All about the optics.

Unfortunately, I agree, and certainly would not want to bet against you.

Taking into consideration his past actions on the issue, I’m actually ready to double down.

To make the potential bad news even worse, there is a third commonly used option to “kill the bill” which I outline below.

But even though we are both deeply skeptical about Speaker Saiki’s intentions, we must continue to push very, very hard on our District Representatives who empower him. Who knows, maybe he will surprise us and his better angels will prevail!

So please, at the very minimum send your Representative and Speaker Scott Saiki a message asking them to schedule the Senate bill SB2018 and pass it out cleanly, with no changes using this nifty “one-click” campaign sponsored by “Raise Up Hawai’i”.

The third possible path – Speaker Saiki will allow passage of the House Bill HB2510 that delays $18 into the year 2030 bill and reduces the minimum wage increase for restaurant servers. He then kills the Senate bill SB2018 (the good, simple, clean one that gets to $18 in 2026 and does not reduce the benefit to restaurant servers).

HB2510 then “crosses over to the Senate” and the Senate amends it to reflect the 2026 date (and makes other changes).

The amended HB2510SD1 then goes into the conference committee where it dies behind closed doors. Speaker Saiki blames the Senate and the Senate blames the House. Low-wage workers continue twisting in the wind for another year, and the Chamber of Commerce continues laughing all the way to the bank.

We must not let this happen.

The only answer is to shine a bright light and let our own District Representatives know we are so very tired of the games. So please, use the Raise Up Hawai’i one-click service or identify your Representative from this list and send a no-nonsense message, asking them to support the passage of SB2018 without any changes TODAY.

Both the State Senate and Governor Ige are supporting SB2018 which has already passed out of the Senate and remains stalled in the House.

SB2018 increases the minimum wage in Hawai’i to $18 per hour in 2026, phased-in starting this October, and does not further weaken the benefits paid to restaurant servers.

Speaker Saiki and members of his leadership team are pushing “their bill” HB2510 – WHICH DELAYS THE $18 INCREASE UNTIL 2030 – AND ACTUALLY REDUCES THAT AMOUNT FOR RESTAURANT SERVERS.

If the House makes any change or amendment whatsoever to SB2018, then it must go back to the Senate for further approval and possibly end up in a “conference committee” where the process is conducted behind closed doors. The risk of further weakening or killing any minimum-wage increase grows substantially should the House change, amend, or refuse to pass SB2018.

For excellent information on the minimum wage issue and continuous updates, visit Raise Up Hawai’i . 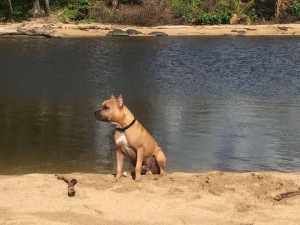