Economic Justice – In defense of the invisible

When bills are introduced to protect dolphins, whales, bees or birds – it is a given that the chamber will be full of testifiers. Likewise, if there is a measure before any legislative body that purports to regulate fishing, or hunting, or dogs or cats – you can be sure it will be standing room only.

But for issues pertaining to economic justice, not so much.  Oh yes, the Chamber of Commerce of Hawaii will show up to say no…to any and all initiatives that have any impact at all on their membership. And the Hawaii Restaurant Association will show up to say no to anything that impacts their members. Government agencies will likewise be there in opposition, as they know from past experience the legislature will not properly fund their existing responsibilities, let alone new mandates.

But the down and out, the disenfranchised and those who stand to benefit most from economic justice legislation, will be mostly invisible.

Public interest organizations will, of course, show up in support. They will present clear unequivocal research, backed by mountains of data produced by credible highly regarded think tanks. Other supportive advocacy groups, including faith-based and millennial progressives, will also show up at the hearings, offering strong and compelling testimony in support.

In most areas of public policy, the most effective testifiers are those from the “impacted community”.  In this case those individuals at the bottom of the economic ladder – the homeless, the incarcerated, the mentally ill and those slaving every day at multiple jobs just trying to eke out a basic living.

It is no surprise the turnout at public hearings from this impacted community is weak to sometimes non-existent.

Perhaps low-income working people are fearful to ask the boss for time off work to testify in support of increasing their minimum wage.  Perhaps those without homes are also without access to the public notice of such meetings.  Or maybe they sit in jail awaiting trial for a crime for which they have not been convicted, but just can’t afford bail.

Most struggle mightily with basic daily survival and showing up at the Capitol to testify is not something that they have on their calendar.

The 2018 state legislature failed to increase Hawaii’s minimum wage that sits now at $10.10 per hour. Our state government has determined that $17 per hour is the amount needed for basic subsistence and anything less is simply starvation wages.

Hawaii has the highest homeless rates per capita in the nation.

PayDay lenders are charging those who can least afford it, up to 400% interest and fees on small loans often needed to just “get by until the 1st”.

Nearly 1/2 the people now sitting in Hawaii jail cells are “pre-trial detainees” who have not been convicted of the crime for which they are accused, but are poor and cannot afford bail. Rich people, for the most part, don’t go to jail while awaiting trial – they simply post bail.

According to the Aloha United Way who commissioned ALICE: A STUDY OF FINANCIAL HARDSHIP IN HAWAI‘I, 48 percent of Hawai‘i households struggle just to make ends meet with 11% of this group living in poverty as defined by the federal government.

Some readers may think that being poor is “their own damned fault”. They will look at the homeless huddled under the bridge and say to their friends, “they should just get a job”.  To those readers, I suggest that perhaps no one will hire them if they are missing teeth, or if they are mentally ill, or don’t have clean clothes and a dry safe place to sleep at night. For many, there are no jobs and the jobs there are don’t pay a living wage.

Most of our friends and neighbors are already working two or three jobs and living with parents and grandparents. The hope of ever buying their own home is but a distant dream, with reality consisting of just getting by while hoping the kids don’t get sick and the car doesn’t break down.

According to the U.S. census, 66% of Hawaii residents have less than $1,000 in savings.  One medical emergency, two weeks of job layoff or any multitude of unexpected situations could cause 66% of us to plunge into a financial spiral that some never recover from.

There but for the grace of God, go each and every one of us…

My ask for each of you who have read this far is to please make the time to advocate in support of economic justice. Ask your legislator to publicly support increasing Hawaii’s minimum wage to at least $17 (phased in over time), to clamp down on predatory lending practices, reform our criminal justice system, increase the supply of truly affordable housing and make increasing mental health services a priority.

The naysayers will say, “how are we going to pay for all of this”? The truth is we are already paying for it.  There is a price to pay no matter what, and the price for inaction – far exceeds the cost of doing what is right and just. 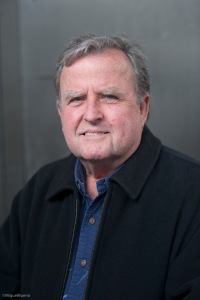 8 Responses to Economic Justice – In defense of the invisible